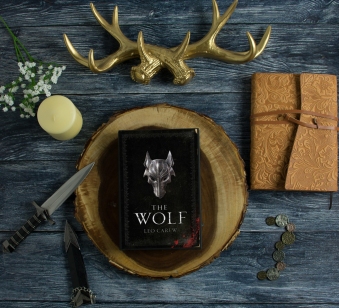 A brutal war with political intrigue? Yes. Sign me up. I had been needing something heavier and grittier than what I had been reading. This book didn’t quench my thirst but it scratched an itch. Ya feel me?

The thing I liked most about this book were the two main characters, both of which had a hand in narrating the story. There is Bellamus, who is a Sutherner, and a man who lives and breaths war. He studies the Anakim and it’s almost like he wants to be one of them, even though he has made it his mission to exterminate them. Getting to go inside his mind while he thinks strategies is a very interesting experience. He kind of made me want to read The Art War (almost…). I think the book is written in a way that made you feel for both races and warriors. I, however, rooted strongly for Roper.

Roper is the King of the Anakim. The Anakim are over 7ft tall and live twice the normal human lifespan. Roper only became king when he was 19! The Anakim are a warring people. It is what they excel in, and almost nothing else. Though Roper shows more depth and character than his fellow people. He feels for them. He wants to be a good king. Don’t get me wrong, he is BA at strategy. It’s what his blood line is for. He went to war a boy and came back a changed man. I loved it.

What I didn’t love: some of the plot didn’t make sense. Like, why do the Sutherners keep trying to dominate the Anakim?! They had a peace treaty and Bellamus was like, “Hmmm, I’m bored. Let’s go commit genocide.” Like, what?! Why? Random. And I really wanted more world building. I felt as though the author concentrated (and did a good job) on the Anakim history, but they are only on one island. What’s in the rest of the world?

All in all, I really liked this book. It was gritty and bloody and just what I was in the mood for. I liked that the two races paralleled England and the Vikings. I wanted a little bit more from the plot, but overall it was interesting. If you are looking for a High Fantasy, this isn’t it. It’s more like an embellished, different earth, almost historical, type of Fantasy. I happened to find it entertaining and I will definitely be reading the sequel!

One thought on “The Wolf (Spoiler Free Review)”