“In the city of Eldra, people are ruled by ancient prophecies. For centuries, the high council has stayed in power by virtue of the prophecies of the elder seers. After the last infallible prophecy came to pass, growing unrest led to murders and an eventual rebellion that raged for more than a decade.

In the present day, Cassa, the orphaned daughter of rebels, is determined to fight back against the high council, which governs Eldra from behind the walls of the citadel. Her only allies are no-nonsense Alys, easygoing Evander, and perpetually underestimated Newt, and Cassa struggles to come to terms with the legacy of rebellion her dead parents have left her — and the fear that she may be inadequate to shoulder the burden. But by the time Cassa and her friends uncover the mystery of the final infallible prophecy, it may be too late to save the city — or themselves.”

This was a read that grabbed me right from the beginning. Almost as if I didn’t have a choice but to be transported to the world of Eldra. It literally starts off in the middle of our four main characters being sentenced to death. Yeah, if that doesn’t grab you, I don’t know what will.

Originally, I definitely thought this would be a solid 4 stars. Let me start off with what I liked. The story. This has been the first story in a long while that I needed to eat, sleep, and breath. I wanted to be in that world as much as possible because I had so much anxiety for what was happening. And for once, I had no idea whatsoever where we were going. I loved this adventure.

Now, unfortunately, there were things I disliked. Well, really one thing. The character chemistry just wasn’t there. I liked each character individually, but when the interacted with each other I usually cringed. They were all irritated with each other ALL THE TIME! It got really annoying. And it didn’t make sense to me most of the time, why. So I had to knock it down a half rating.

Final Thoughts. I really enjoyed this book despite my irritation with it. I enjoyed the writing style. It was smooth and the perfect amount of description, without losing you. It gave me serious Six of Crows vibes! Plus, that ending was a complete surprise and aaaalllll the feels. ALL OF THEM! 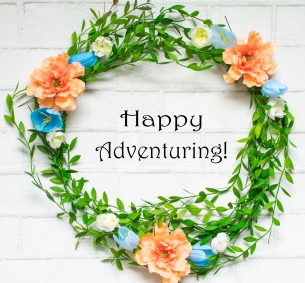 3 thoughts on “Beneath the Citadel Review (Spoiler Free)”