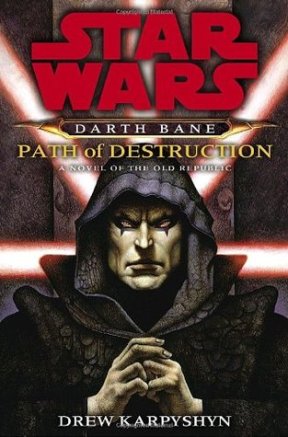 “Once the Sith order teemed with followers. But their rivalries divided them in endless battles for supremacy. Until one Dark Lord at last united the Sith in the quest to enslave the galaxy—and exterminate the Jedi. Yet it would fall to another, far more powerful than the entire Brotherhood of Darkness, to ultimately realize the full potential of the Sith and wield the awesome power of the dark side as never before.

Since childhood, Dessel has known only the abuse of his hateful father and the dangerous, soul-crushing labor of a cortosis miner. Deep in the tunnels of the desolate planet Apatros, endlessly excavating the rare mineral valued throughout the galaxy, Dessel dreams of the day he can escape—a day he fears may never come. But when a high-stakes card game ends in deadly violence, Dessel suddenly finds himself a wanted man.

On the run from vengeful Republic forces, Dessel vanishes into the ranks of the Sith army, and ships out to join the bloody war against the Republic and its Jedi champions. There, Dessel’s brutality, cunning, and exceptional command of the Force swiftly win him renown as a warrior. But in the eyes of his watchful masters, he is destined for a far greater role in the ultimate Sith plan for the galaxy—if he can prove himself truly worthy.

As an acolyte in the Sith academy, studying the secrets and skills of the dark side at the feet of its greatest masters, Dessel embraces his new Sith identity: Bane. However the true test is yet to come. In order to gain acceptance into the Brotherhood of Darkness one must fully surrender to the dark side through a trial by fire that Bane, for all his unquenchable fury and lust for power, may not be strong enough to endure . . . especially since deception, treachery, and murder run rampant among the Sith disciples, and utter ruthlessness alone is the key to survival. Only by defying the most sacred traditions, rejecting all he has been taught, and drawing upon the long-forgotten wisdom of the very first Sith can Bane hope to triumph–and forge from the ashes of that which he must destroy a new era of absolute dark power.”

Plot. Loved the story line. I actually felt for and liked a Sith lord. Yuck. But that is the magic of a great story (and writing) when you feel for not just the good guys, but the bad guys too. Bane was actually understandable. Meaning, I understood why he made his choices. He never had anyone good come into his life and was introduced to the dark side as his only option to escape his horrible mining life. And learning about the Sith academy was soooo cool! That was my favorite part of the book!

Writing. Like I said above, it is a mark of a good writer when they can make you feel for ALL of the characters! I almost felt myself rooting for the Sith. The authors writing style was exactly the kind I like. To the point, but descriptive in a way that doesn’t lose you.

Characters. I loved Bane. I really did. I wanted to hug him. Of course he’d probably fry me with his lighting or whatever. The only part I hated him was when he killed a kid. I don’t like that kind of stuff in books. It’s too depressing. Bane had a twisted sense of a moral code. He didn’t like killing if there was no reason. But if he was weak and killing you fed his power… Then you will die. I have heard that he is top 10 most powerful beings in the Star Wars universe. He was pretty interesting to read about.

Final Thoughts. I will definitely be continuing with the series. While I am a fan of all of the movies (Original trilogy was the best. Just saying.), this was my first Star Wars book! I am very interested in the extended universe now! If you like Star Wars and you like Sci-fi, I mean, why not read this?

I am totally down for all things Star Wars discussions! Let me know what your favorite Star Wars character is or story line or just want to talk about it in general! 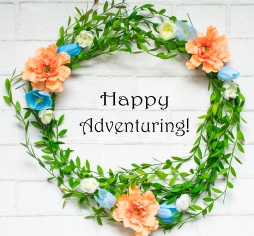 *Amazon link is my affiliate link!*