I am so excited to be on the Star-Crossed blog tour! And there is a GIVEAWAY!! Let’s dig in, shall we?

” In a world where nutrition can be transferred via a pill, and society is split into Eaters and Non-Eaters, seventeen-year-old Princess Vela has a grave dilemma. Her father, the king, is dying, and only a transplant of organs from a healthy Non-Eater boy will save him.

Vela is tasked with choosing a boy fit to die for the king, which is impossible enough. But then Carr, the boy she’s loved all her life, emerges as the best candidate in the Bittersweet Trials. And he’s determined to win, because by doing so, he can save the life of his Non-Eater sister.

Refusing to accept losing the boy she loves, Vela bends the rules and cheats. But when someone begins to sabotage the Trials, Vela must reevaluate her own integrity—and learn the true sacrifice of becoming a ruler.”

Plot. I loved the plot and premise of this book. I thought it was a unique sci-fi adventure where the colony was stuck/ lost on a planet in the middle of space, hoping earth would rescue them or they could rescue themselves. They came up with a pill that gives nutrients to people. The catch is that they cannot eat and the nutrients come from “nobility” that eat 6 meals a day and then they get sucked dry of all of the nutrients. It’s an interesting conundrum. On one hand, you can taste and eat all the food you want, but on the other, you don’t get to keep any of it.

Characters. I really enjoyed Vela. She thought like a princess who wanted to sacrifice herself for her people. She has misconceptions on how things should be run, but soon finds her place among her people. Her heart is big and that something I can completely relate too. I also liked the side characters. The King made some bad decisions, but he did them with his heart in the right place. Carr, the love interest, was also self sacrificing. A lot of sacrificing people, I tell ya.

World. I think the book could have gone into more detail about the world they lived on. I think it could have been way more interesting to learn and build upon that. There really wasn’t much said about it.

Final Thoughts. This was a cute, sweet book. I enjoyed my time reading it. I felt as though the ending was left open ended enough to have more. I didn’t really feel as though a lot had changed, just that they took a step in the right direction. If you need a dessert type read after a heavy one, I highly suggest this!

Pintip Dunn is a New York Times bestselling author of young adult fiction. She graduated from Harvard University, magna cum laude, with an A.B., and received her J.D. at Yale Law School. Pintip’s novel FORGET TOMORROW won the 2016 RWA RITA® for Best First Book, and SEIZE TODAY won the 2018 RITA for Best Young Adult Romance. Her books have been translated into four languages, and they have been nominated for the following awards: the Grand Prix de l’Imaginaire; the Japanese Sakura Medal; the MASL Truman Award; the Tome Society It list; and the Romantic Times Reviewers’ Choice Award. Her other titles include REMEMBER YESTERDAY, THE DARKEST LIE, GIRL ON THE VERGE, and the upcoming STAR-CROSSED and MALICE. 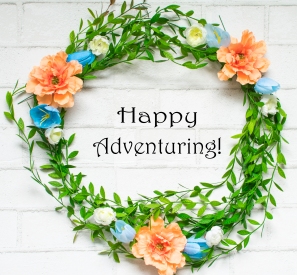 Thank you so much, YA Blog Tours!